A downloadable game for Windows, macOS, and Linux

You are the beginning of a being to whom God offers the opportunity to decide which way to choose  and which life to live.

Depending on the path you choose, your life will be different.

You have 11 different endings, choose wisely.

The GDWC1 year ago

Great game! I really liked how all the endings were so different from each other. The comments and stories in the game were funny and there were even minigames at some of the endings which I really thought was a nice touch. Overall this game was very fun to play, keep up the good work!

Is it possible to actually win against gods knifes in one of the endings? :D

I don't know if you've heard of Game Development World Championship before (gdwc2019) but it's a competition for indie game developers where they can submit their games and it's free! It's great if you want some more visibility for the game and it only takes a couple of minutes to join :)

Thank you very much for the review!!!

Is it possible to actually win against gods knifes in one of the endings?

ajajaaj No, no one can defeat the almighty God's knife.

Reply
The GDWC1 year ago

Yeeah that's what I thought hahah (about God's knifes) 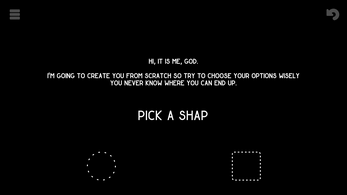 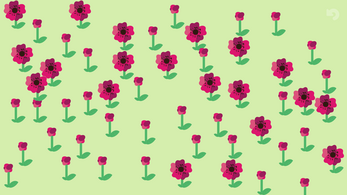 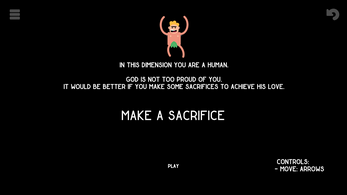